U.S District Court Judge Carlton Reeves blocked a Mississippi Law which would protect people who discriminate against gay couples based on religious beliefs. It was turned down, in part, because it was said that it violates the establishment clause because it promotes certain religious views over others. The equal protection clause was also cited as a reason to turn down the law because the law would clearly discriminate against the LGBT community. The law would allow businesses to refuse service to people in these communities and would allow court clerks in Mississippi to refuse marriage licenses to Gay couples as long as those documents could be acquired from a different state office. Mississippi has a long history of discrimination issues and this proposed law would likely increase that stigma even further. 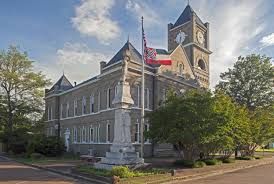 Tell us your thoughts on the topic and if you, or anyone you know, has any legal questions or needs legal representation call us at 904-868-5665!

Please fill out the form below and one of our attorneys will contact you.